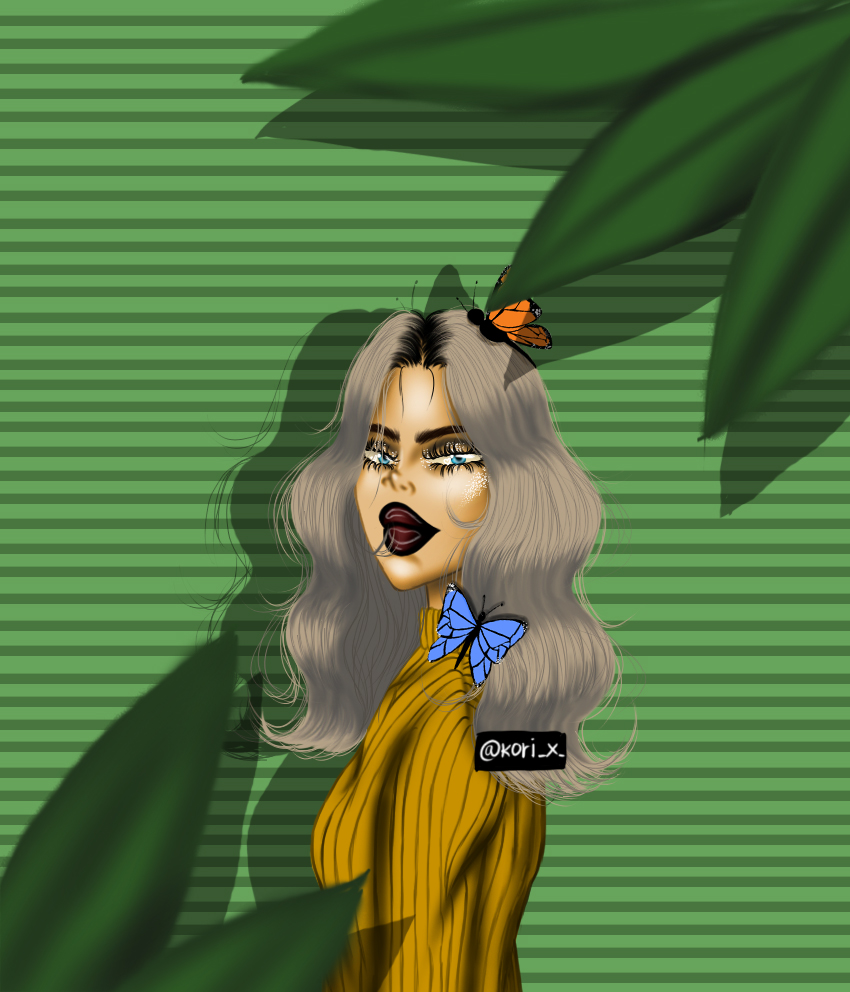 Ingrid Moukori is an 18 year old digital illustrator living in Quebec. A recent high school graduate, she is looking forward to entering CEGEP (a pre-university program unique to students in Quebec). On the surface, she is another young person going through the swing of things. Yet, like the tip of the iceberg, there is so much more underneath. School aside, she is a blooming artist whose work can be described as colorful and playful, with a little attitude. As I spoke with her, it was easy to hear the passion bubbling out of her conviction.

“I’ve been drawing since I was maybe 10. I didn’t take it seriously. It was sketching and everything. And then I started to do digital art when I was 12 years old. At first it was just color, shading, highlighting. I moved out and stopped for awhile, but I contemplated going back to digital art.”

Like many creatives, Ingrid Moukori eventually found her way to what she does now rather than feeling compelled from the start. She received a drawing tablet as a gift and from there was able to get back into digital illustration more seriously. “I never stopped since.” She was inspired by other artists on her Instagram feed and ultimately, it took a lot of practice and seeking out tutorials. It’s important she tries new things so “[my] art doesn’t look the same every time [I post] an illustration.”

Her work is noted by the diverse array of female figures spanning across race and cultures. “It’s pretty much a preference. There’s so much possibility in drawing a female, you can draw them with boy clothes…and it’s [still] beautiful.” I was curious about whether she felt married to her style or if she would ever switch it up. She feels that deliberately changing her style posed a greater challenge than allowing it to naturally change as she experiments. She practices a lot and switches between sketching and illustrating on Photoshop. When I looked at her sketches, I could see the time and care taken to work with proportion yet remain true to her stylistic approach.


“There’s so much possibility in drawing a female, you can draw them with boy clothes…and it’s [still] beautiful.”

No matter how many hours you dedicate to the craft, there are always hurdles. Ingrid’s biggest hurdle with illustrating her figures, is hair. She says for her, it’s the longest part because messing up means starting over. “It’s borderline stressful.” Hair is not the answer I expected. I wanted to know why. “There’s the highlights, the shadowing and the details.” She added that most of the hair is done on one layer. Making mistakes with the older version of Photoshop she uses is costly. For those unfamiliar with Photoshop – what happens in the layer, stays in the layer. Regardless of setbacks and frustrations, she feels that overall when a work is done, it was all worth it.

Not only does she share her finished product, she lets people in on her work in progress. That’s a scary thing to do for some of us yet she spoke comfortably about it. Despite having a steadily growing following, she still faces challenges with other kinds of visibility. Quebec is a big city. And an old city. And like most cities with heavy European influence, the art scene there comes with a territory.

“A lot of the artist events [cater to older people]. I’m only 18. I don’t know if I could find my place in there.” She also felt concerned about how her art could be misinterpreted, which makes sense – when it comes to what is commonly defined as art, digital work has had to push boundaries. In a world where landscapes, still life and Renaissance portraits have defined what art is and is not, where does illustration fit in? Like many of us creatives, she wants her work to be appreciated as a work of art that it is. “I want people to know and see what I’ve been through [creating my work]…I don’t want people to see it as just a drawing. I don’t want people to see me as a baby who did a doodle.”


“Don’t do it for the followers…Do it because you love it, because it’s your passion.”

Who else can relate? How many other creatives have felt that their work isn’t being taken seriously? I’m sure many of you out there could attest to the number of times your work was considered ‘cute’ or ‘pretty good’. It speaks more to how much opportunity there is for art to be redefined and to evolve with shifting cultural and social tides.

When asked what advice she would give to others, she had this to say:
“Don’t do it for the followers…Do it because you love it, because it’s your passion. Do it for you, but also for [the people who actually look forward to seeing] what you’re working on.”

In other words, if you’re looking at the numbers you may not be looking in the right place.

So what’s next for the blossoming artist? Ingrid hopes to be an artist full-time and to see where painting takes her. You can find more of her work on RedBubble or follow her IG below.

Stay connected and check out more of Kori’s work below!

Leave a comment telling us what inspired you most about this feature! 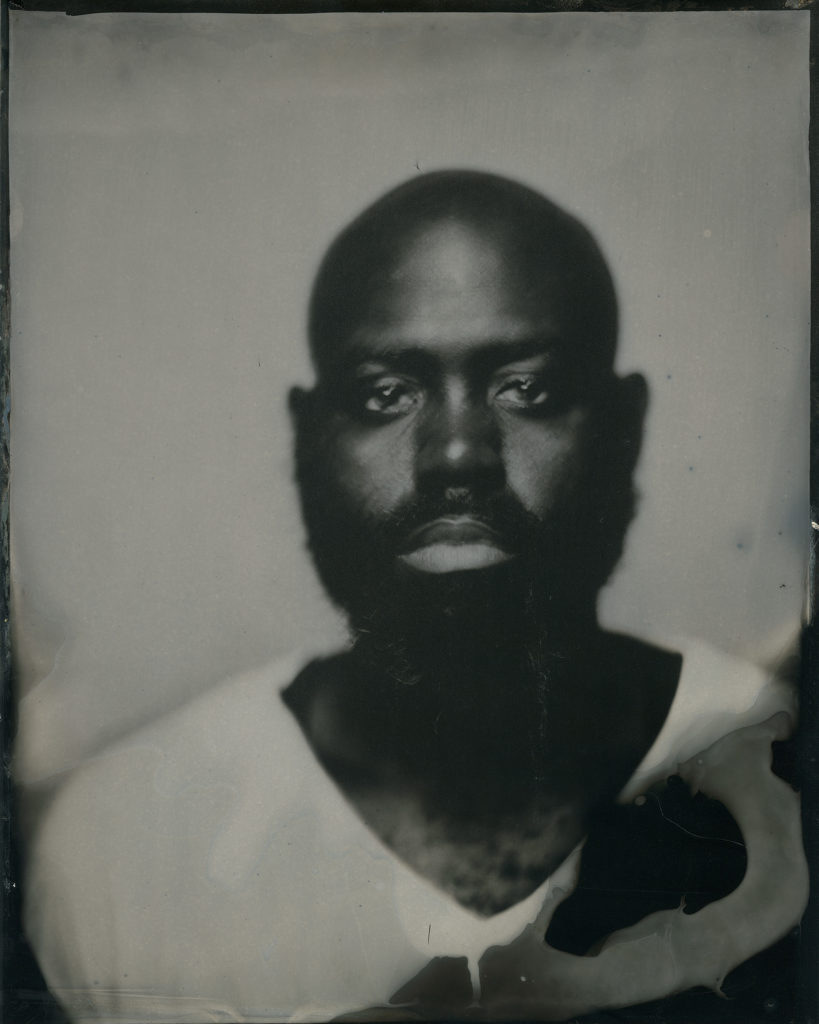 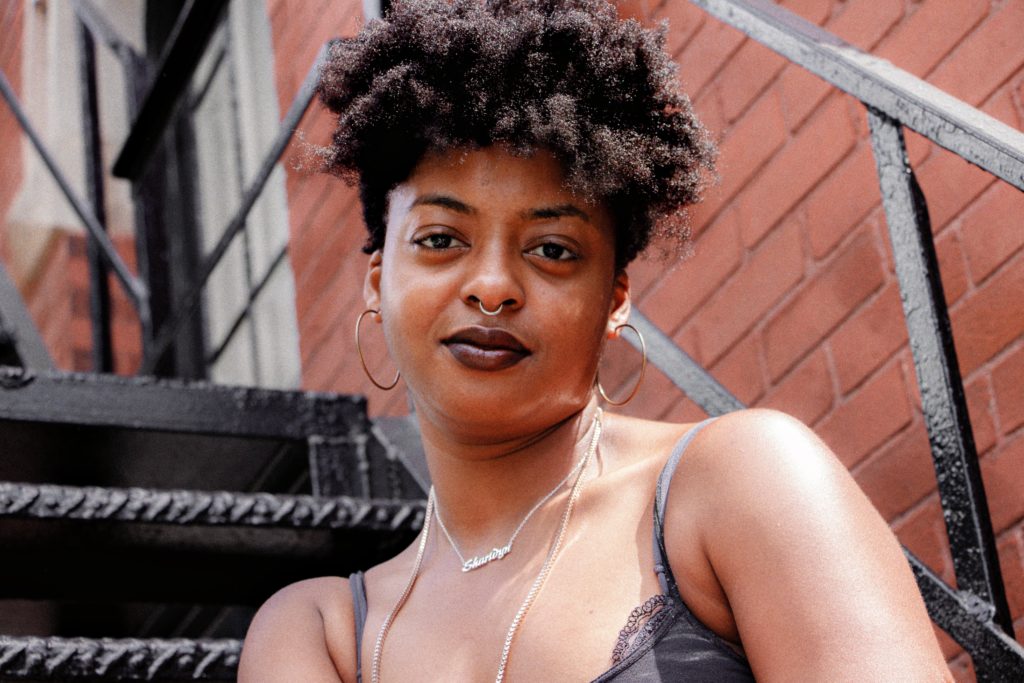 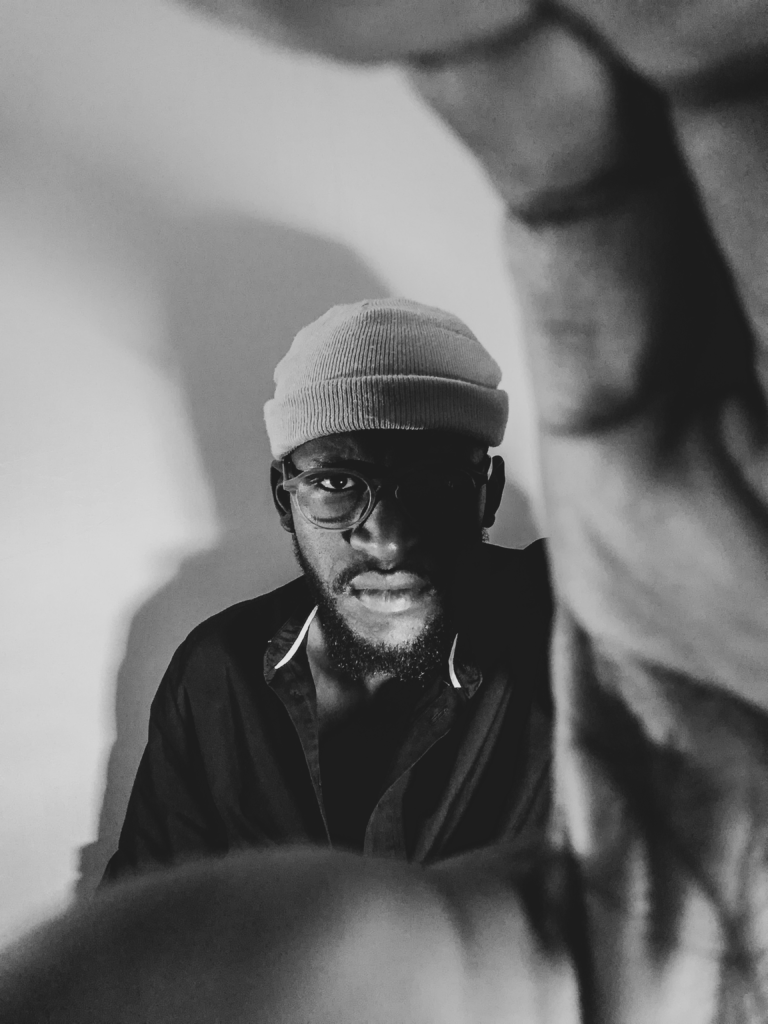